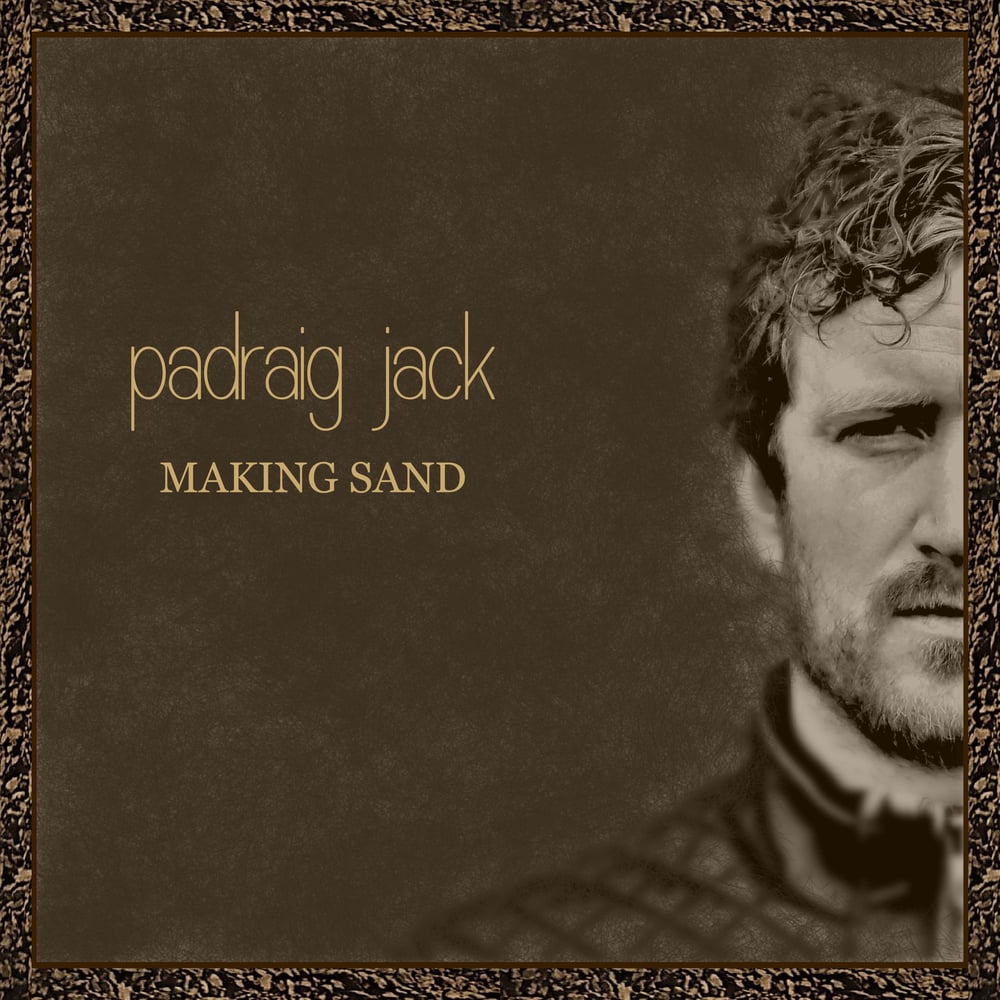 Making Sand is the debut album from Padraig Jack, released on 24th April. Pre-order here and receive your copy ahead of the release date.

Padraig Jack writes and sings songs on guitar and piano in Gaelic and English. He was born and raised 10 miles off the west coast of Ireland on the Aran islands. Music and words are in his blood as his dad is bilingual songwriter Barry Ronan and he is the nephew on his mothers side of the Irish poet and Aosdána member Mary O’Malley. His music is influenced by his surroundings as much as it is by James Taylor, Van Morrison, Shane McGowan and The Eagles. Padraig Jack has appeared on RTE 1 Television, TG4, RTE Radio 1, Newstalk as well as many Irish and BBC regional radio stations. His Gaelic language songs are played almost daily on the national Irish language radio station RTE Raidió na Gaeltachta.

Padraig’s live shows are reinforcing his reputation as a singer and songwriter of substance in both English and Irish. Career highlights to date include multiple tours with Sharon Shannon playing venues such as Whelans in Dublin, the Liverpool Philharmonic Theatre, Poole Lighthouse theatre and the famous Cecil Sharp House in London. He has thus far opened for The Saw Doctors, Donal Lunny, Mick Flannery, The 4 of Us, John Spillane and has appeared at numerous festivals including Electric Picnic and the SOMA, Shorelines and the Skibbereen Arts Festivals. Padraig played his latest sold-out headline show in the Crane Bar in Galway in November 2019 while on an Irish tour that featured memorable shows in The Cobblestone Dublin, Coughlans Cork and Bridge St in Castlebar.